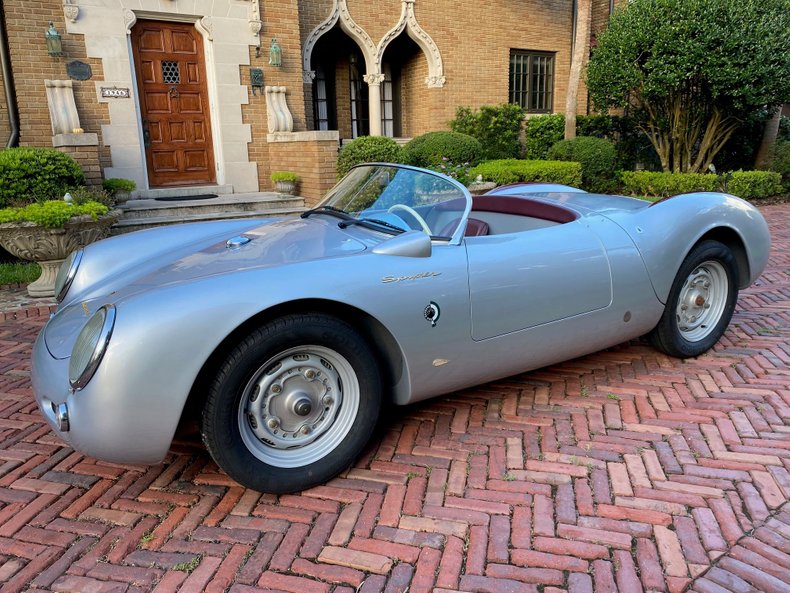 The Beck Spyder is built in the image of the famed Porsche Spyder and comes from Special Edition, Inc., which was formed in the early 1980s and is considered by many to be the Gold Standard in Spyder replicas. Their engineering and design criteria are regarded as main factors in providing a superior product. The cars are built around a 3 inch tubular chassis.

This one owner Beck Spyder was ordered new in 1985 and delivered to its only owner in Chicago, where it would remain for a brief time before being relocated to Florida. Beck Spyders were built by hand in Southern California in the 1980's, before manufacturing was moved to Brazil. The car sat for about 10 years and has recently been recommissioned for enjoyment. Over $6,000 was spent over the past year installing a cable based shifter system that makes a world of difference in drivability, rebuilding the brake system, a full tune up and new tires. This car is a blast to drive and sounds awesome.

The Beck Spyder is honestly, but not fanatically, faithful to the concept and detail of the original. Its chassis is a tube-frame near-replica of the original Spyder's, though the coachwork is rendered in fiberglass.

The driving experience is best described as "it is what it was." Light weight is the Beck Spyder's trump card-one of the reasons the original was such a successful racer, often against much more powerful competition.

You hear and feel everything this close-coupled mid-engine roadster is doing, with that rorty air-cooled VW blatting away just over your shoulder.

The Spyder is a direct, immediate machine. Its controls require a lot of input, but return a lot of feedback. Numbers mean little; it's a sunny-day, go-for-a-drive, just-for-the-helluvit toy.