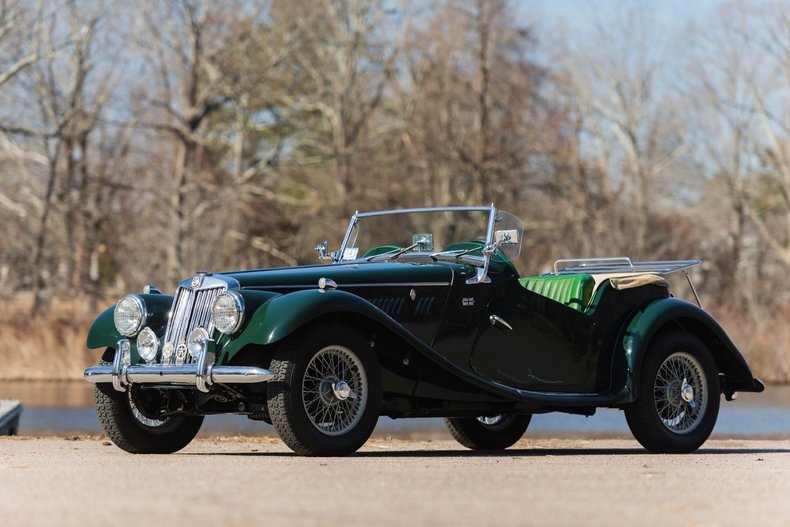 Very Clean, Mechanically Sorted 1954 MG TF with 42,000 original miles. Featured in British Racing Green with Green Leather Interior. This vehicle was part of a local collector's estate. It had previously been professionally restored including the full undercarriage.

Although MGs had been available in the United States in the 1930s, the marque's great popularity really began after World War II. The classic TC model, with its large wire wheels, right-hand drive and exposed rear fuel tank, was regarded as the quintessential British sports car. In 1949, the improved TD offered independent front suspension, rack-and-pinion steering, disc wheels and left-hand drive for New World markets and in 1952 MG became the best-selling import in America.

After the TD came the TF. The new model was given an evolutionary makeover, with a swept-back radiator grille and more sweeping fenders. Headlamps were nestled into the inner surface of the front fenders. Mechanically, the new TF model was TD-based, using the same XPAG 1,250cc engine but with valve and carburetor improvements.

MG's TF is the final evolution of the T-series, a lineage dating back to the TA of 1936. The inherent rightness of MG's concept when designing the TA is evident in the long life enjoyed by the T-series and in the effect these cars had in the years just after World War II, when they formed the foundation for the sports car movement in America.