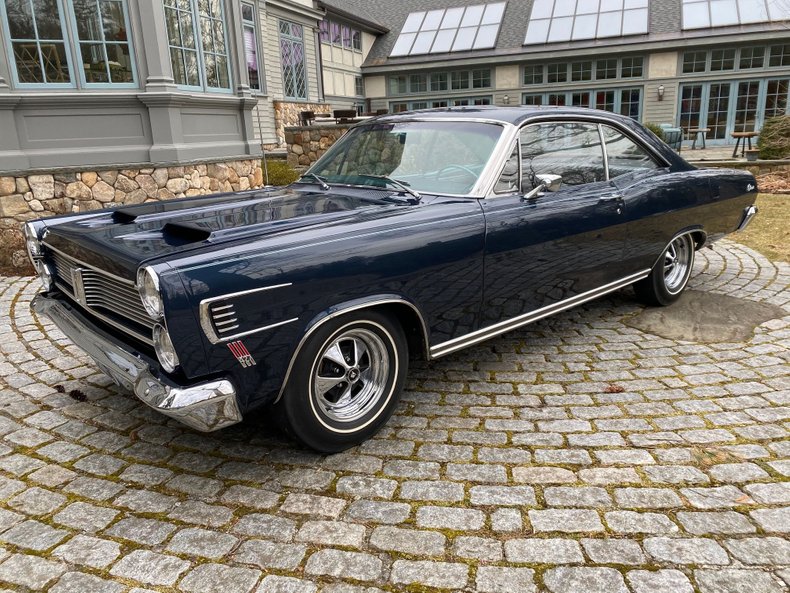 One of the first R-code Caliente's assembled in March 1967 at the Lorain, Ohio assembly plant, it was shipped directly to Stillpass Brothers Lincoln-Mercury in Cincinnati, Ohio where its eager first owner took possession of the Comet with one purpose on his mind, to go racing. This R-code Caliente was campaigned throughout the mid-west region up through the 1970 season. During its active career, the owner tried several new configurations to the suspension, exhaust, transmission and other tweaks and twists to shave off a few 1/100's of the ET's. During its racing days this Comet averaged times in the 11.2 second range and speeds of 120 mph in those quarter-mile contests. While the mechanics and suspension components of this Comet were modified during is racing career, the body and basic stock interior were left just as it left the factory. Retired after the end of the 1970 run, this Comet Caliente was carefully put away and properly stored for the next decade and a half. Rediscovered in the mid-1980's this R-code Caliente was awakened from its slumber, cleaned up and given very limited exposure. In 1995, the Comet was treated to a full restoration bringing it back to factory specifications and appearance by an expert in Ford and Shelby performance vehicles.

Today, this R-code Caliente, one of four ever produced, is likely the most attractive and authentic example in existence. Of the four produced, 2 were white, one was red and one was blue. It is believed that a white one and a red one are gone, leaving only two. Finished in its original color of Caspian Blue, a deep, rich dark metallic, the original interior is covered in two tone blue vinyl. This car has also retained its original steering wheel including the "flower-pot" horn-ring center. Under the hood, the side-oiler 427ci V8 block carries the proper "C7AE" and shows an assembly date of 6J28, which translates to September 28, 1966. Further establishing the pedigree of this highly desirable machine is the car's original broadcast form, often referred to as a built sheet, as well as the original window sticker, a copy of the title in the original owners name, and what we find to be very important, original timing slips from when it was being actively campaigned. This is truly a factory built race car that would make an amazing addition to any collection.