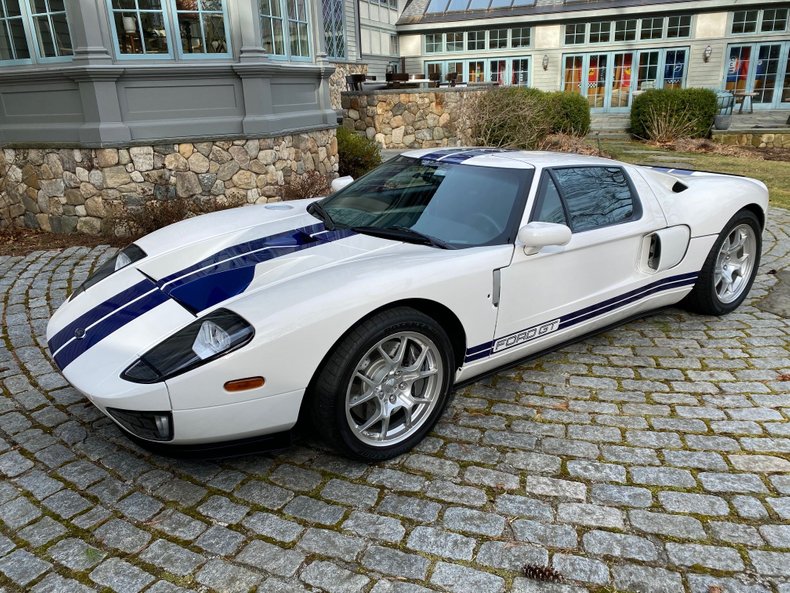 For motorsport fans or those familiar with Ford's racing heritage there is one iconic 'halo' model that best represents the technological capabilities of the marque: the legendary Ford GT40 and its modern supercar counterpart, the Ford GT. Arriving in prototype form just in time for Ford's centennial celebration in 2003, the Ford GT went into production in 2004 as the modern, road-going interpretation of the GT40 endurance racing car, famously known for beating Ferrari four times in a row at the 24 Hours of Le Mans in the 1960's. The ultra-high performance Ford GT showcases the finest in advanced technologies, constructed on a lightweight aluminum chassis clothed in superplastic-formed lightweight composite and aluminum body panels, powered by a mid-mounted supercharged quad-cam 550bhp V8 engine mated to a 6-speed manual transaxle, and featuring racing derived suspension and braking systems.

With vicious performance on tap, the Ford GT will accelerate from 0-60 in about 3 seconds, and march on to some 205mph before the speed limiter kicks in. When production ceased in 2006, with just over 4,000 Ford GTs produced, the epic Ford had made its mark on automotive history once again - and became an instant blue chip collector's car.