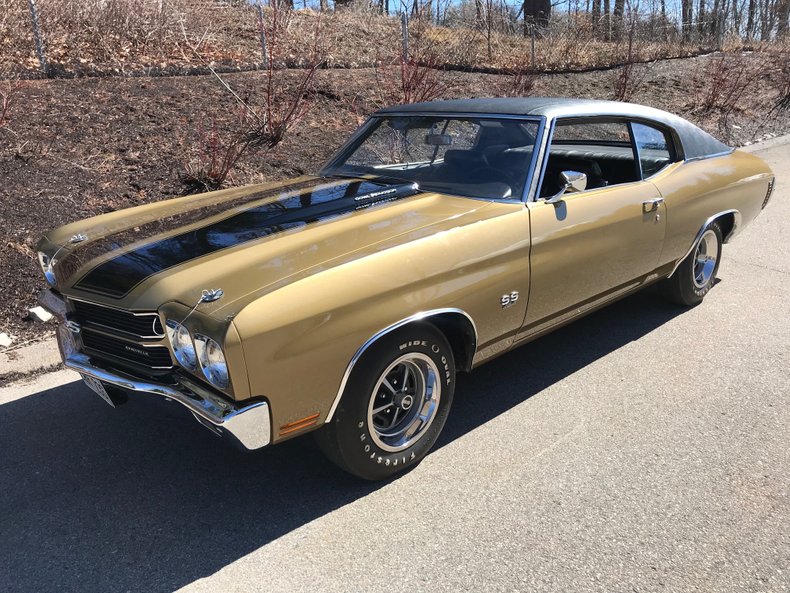 Real LS6, Muncie 4 Speed, 2 Build Sheets
Professional Frame Off Nut and Bolt Rotisserie Restoration
125 photos before, during and after restoration
Judged 959 out of 1,000 points at Chevy/Vettefest Nationals
Date Code Correct Block. Original Transmission and Rear.
Factory Options include Vinyl Top, Stripes, Cowl Induction, Performance Suspension, 331 Axle Ratio, Positraction, Power Front Disc Brakes, Power Steering, White Letter Tires, HD Battery and Radio. Rare no Tach option.
This LS6 was restored in 2006 and has been driven just 550 miles since. The car has been collector owned and properly stored in a climate controlled facility. The restoration is holding up extremely well and the car runs and drives perfectly. Everything works.

For many, the 1970 Chevrolet Chevelle LS6 is the gold standard for the American muscle car. This is partly due to the intimidating look, but in large part due to the monstrous LS6 V-8 engine which made a whopping 450 hp and 500 lb-ft of torque. The iconic hood pins, racing stripes and functional cowl induction hood system were all part of the ZL2 hood option, and did not come standard on any version of the SS.