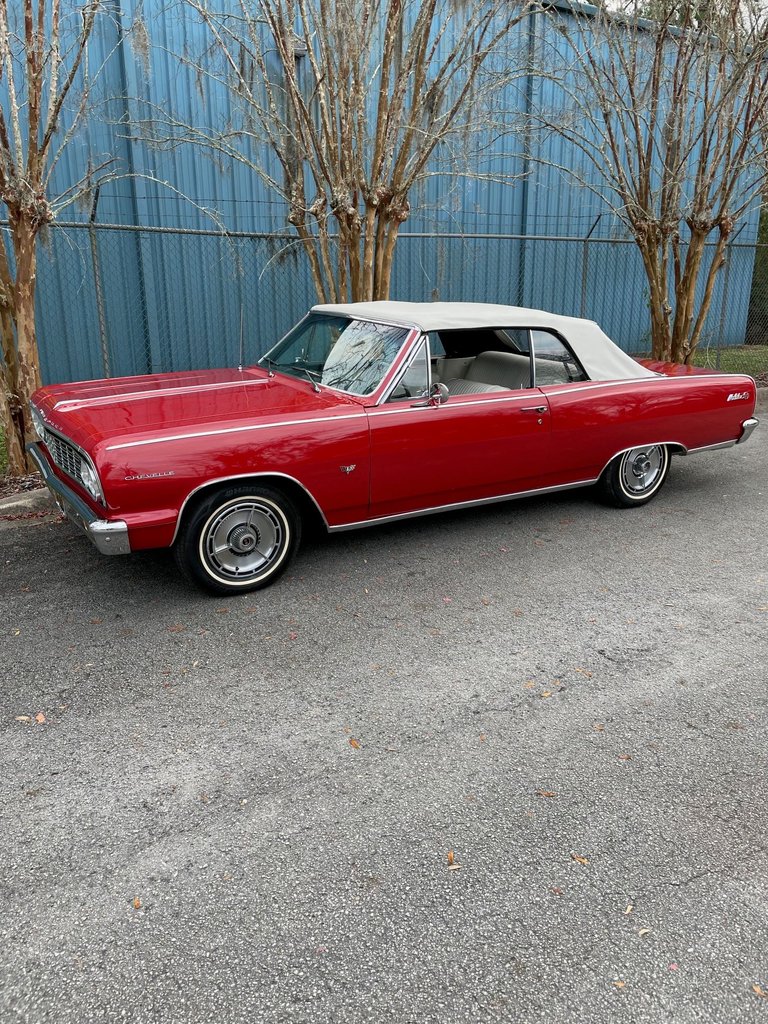 This 34-Year-Owned 1964 Chevrolet Chevelle Malibu Super Sport convertible is a rust-free California car that has been professionally restored over a multi-year period. It is finished in red over white vinyl and powered by a 327ci V8 paired with a two-speed Powerglide automatic transmission. Optional equipment includes Malibu SS badging, power steering, and power front disc brakes. During restoration, the body panels were disassembled and media blasted to bare metal before finishing in bright red. The bumpers have been re-chromed as well as a new grill, trim, lights and lenses. All suspension components have been updated along with new power front disc brakes. The vehicle sits on new steel 15″ SS wheels wrapped in Hankook Optimo whitewall tires. The 327ci V8 GM crate engine was installed by the previous owner and has tasteful performance modifications such as a Summit 650 CFM carburetor, electronic ignition, and dual-exhaust. The interior was reupholstered in white vinyl with replacement black carpet. Interior features include bucket seats, a full-length center console, power-assisted steering, and a push-button AM radio. The five-digit odometer reads approximately 1,500 miles, which represents the distance covered since the completion of the build. Owner's Manuals included.