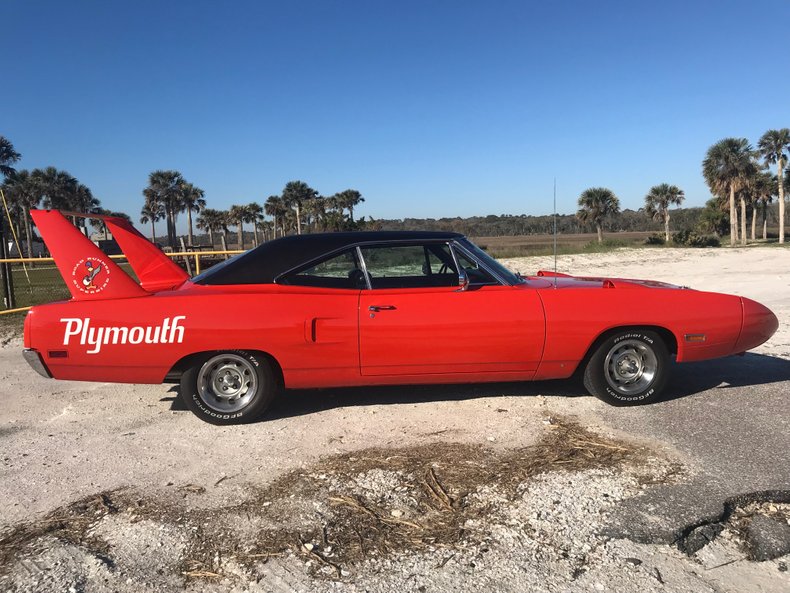 Produced for one year only, the Superbird was developed for Richard Petty to drive in the NASCAR racing series. Petty became a multiple NASCAR winner in the Superbird. The 1969 Daytona and 1970 Superbird were the first stock cars to be modified aerodynamically. Their success was such that NASCAR banned them for the 1971 season. NASCAR officials were concerned with their dangerously high speeds as well as the huge wing and nose cone. The ban brought an end to the production of the Plymouth Superbird after just 1,920 were made.

Numbers Matching with Build Sheet and a stack of documents, service and repair receipts back to 1970

Both jacks and original spare

No rust, no bondo

Spent most of its life in California and Washington State

Perfect car for any collection or just to drive.