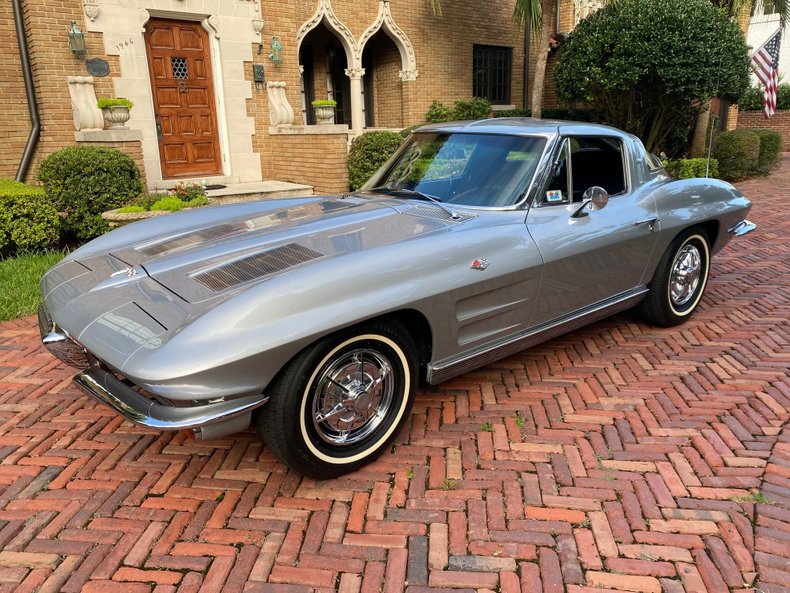 Beautiful professional restoration in 2015 including engine and transmission rebuilds. 1,500 miles since restoration. This Split window is in the right colors and drives as good as it looks. The car needs nothing except you behind the wheel.

The 1963 Corvette caused a sensation such that the St Louis Chevrolet factory hired a second shift, but still could not build cars fast enough to meet demand. Designed by Art & Colour Studio chief Bill Mitchell, the new Corvette featured radical styling pioneered on Mitchell's successful Stingray sports-racer by designer Larry Shinoda, and for the first time there was a Gran Turismo coupé in the range. Beneath the skin was an all-new ladder-frame chassis with independent rear suspension, the work of Chevrolet Chief Engineer Zora Arkus-Duntov, the adoption of which enabled the centre of gravity to be significantly lowered, improving both roadholding and ride. Controversial at the time, the coupe's divided rear screen would last for one year only; many cars were subsequently converted to one-piece glass, making the survivors with this feature the most collectible of all 1963-67 Corvettes.