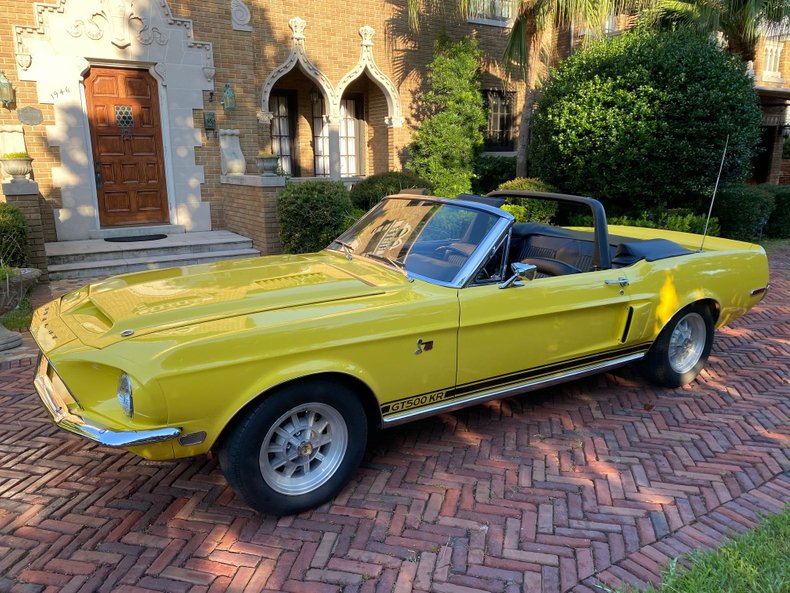 Silver Award National Champion at the Shelby American Automobile Club Convention. This 1968 Shelby GT500KR convertible was rotisserie-restored to an exceptional level by noted Shelby authority Pete Disher. Just out of a 15 year collector ownership, it is one of 49 finished in special yellow paint, code WT6066, and is Shelby #3845. This GT500 features its original matching-numbers drivetrain with a 428ci V8 Cobra Jet engine and 4-speed manual transmission. It also features power steering and power front disc brakes. The interior is finished in its original black and features a tiltaway steering column. The car was sold new at Northwest Ford in Milwaukee, WI, and has 68,181 original miles. It has been meticulously maintained and stored in a climate-controlled garage. The car comes with three binders of documentation, including the Marti Report, original Shelby invoice, other original Shelby documents, original Build Sheet, original owner's manual, service and repair receipts, ownership history and lots more.