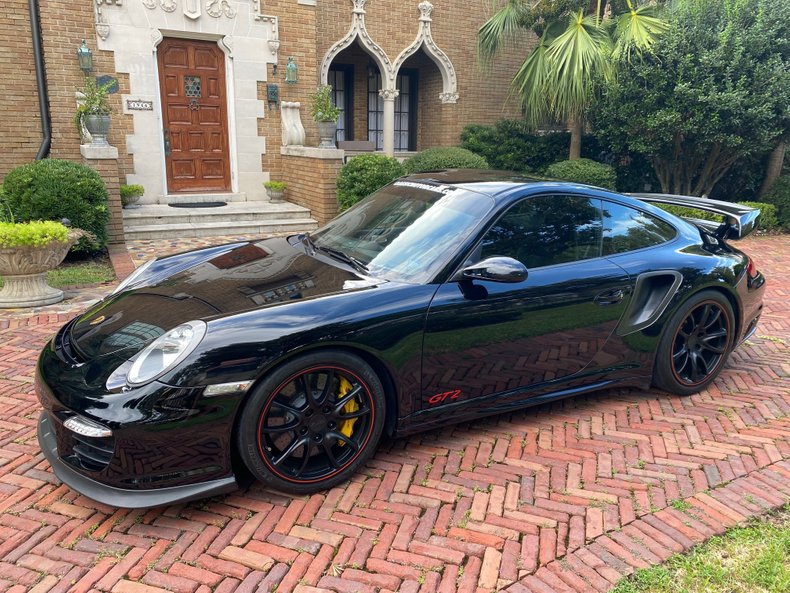 This GT2 is absolutely mint. Factory equipped with an Alcantara interior, over $7,000 in carbon fiber interior options and the Sport Chrono Package. See photo of window sticker for a complete list of features and options. Tasteful modifications include an upgraded intercooler, Oakley titanium exhaust, carbon fiber side air intakes, LED rear tail lenses, yellow gauges and custom floor inserts. Original parts, a factory car cover and a stack of GT2 documents come with the car. Either the factory black rims BBS rims or the silver BBS rims will be sold with the car. The second set are available for purchase. Over $10,000 invested in a meticulous, expert 3 stage polishing and XPEL Paint Protection Film give this stunning GT2 a mirror like finish. The red GT2 graphics are on top of the XPEL and can be easily removed, as can the the red pinstripes on the factory black rims. The previous owner purchased this car in 2014 with 6,000 miles. He is a meticulous collector who drives his cars regularly and uses the best in the business for frequent service. This GT2 has been extremely well maintained.